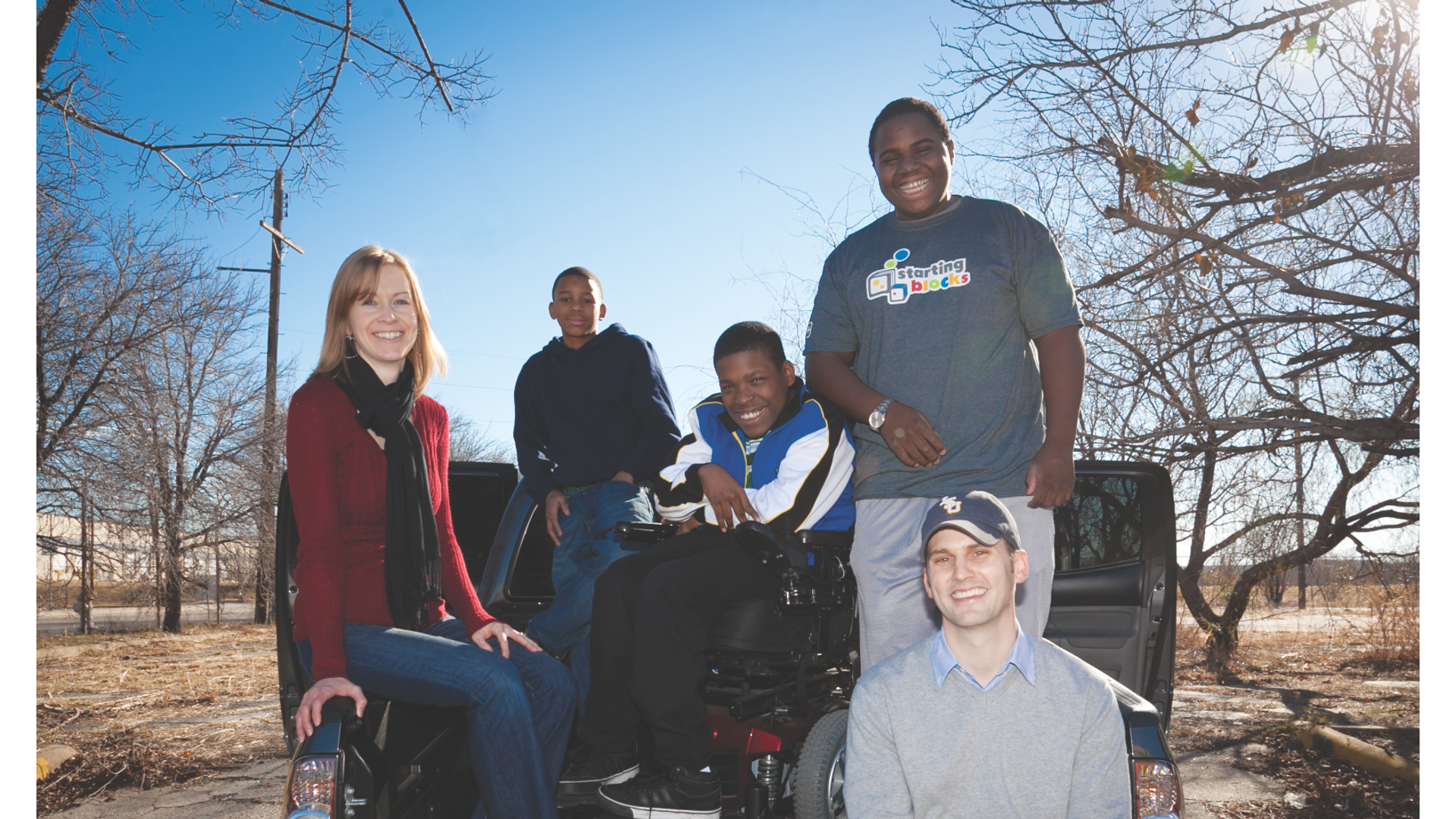 Can mentoring change a life forever? Ryan and Emily Greening would say so. But when they began mentoring Terry Jenkins, a West Dallas 13 year old with cerebral palsy, they never anticipated how much that relationship would grow, or how God would use Terry to change their hearts.

How did you begin mentoring?

RYAN: “We were looking for a place to serve together. So we went to an event for Mercy Street, a mentoring ministry Watermark partners with in West Dallas. As a mentor, you commit to meeting with your mentee face-to-face twice a month and calling them twice a month. That seemed like something we could do.”

EMILY: “Going into mentoring, our ‘plan’ was to each get mentees, a brother and sister in the same family. The Lord’s plans were different. Mercy Street asked if we could mentor a kid with special needs and matched us with Terry. Cerebral palsy left him unable to walk and with limited use of one arm. But he doesn’t see those things as a disability. He is a happy, fun, smart kid with a really sweet spirit and a ton of friends.

“It took time for trust and friendship to grow with Terry and his mom, Tomeka. Seeing Terry’s enthusiasm increase as we built the relationship made it much easier. As we played games together and hung out at their house, our relationship grew.”

RYAN: “Emily has a background working with kids with disabilities. I was nervous about it, but that’s where God was leading us so I was in. When we got started, we went to Mavs games, Ranger games and other things Terry hadn’t done before. Those things were fun, but didn’t necessarily improve our times together. We actually had a better time doing stuff like playing Monopoly at his home. God taught me to meet Terry, and eventually his brothers, right where they were. That’s when we really connected. We soon realized that the minimum requirements of time spent with a mentee weren’t enough. We felt like God was calling us to do more and deepen the relationship.”

HOW DID THE WATERMARK SMALL GROUP IN WEST DALLAS BEGIN?

RYAN: “We started taking Terry to Watermark with us in my two-passenger truck. Then his brothers, cousins and friends wanted to go. I eventually sold the truck and got a bigger vehicle that allowed us to do so much more.

“As we got to know other kids, we started attending a Watermark small group for boys in West Dallas. We meet at a ministry called Readers2Leaders, and that helps us connect with the boys during the week. There are two leaders (myself and another mentor), and about 10 kids in the small group now. I’ve seen these boys experience tremendous growth. One kid in particular, Jacoby, has gone from a kid who wants to beat everyone up to a leader who is praying, asking good questions, trusting Christ and being honest about his struggles.

“During small group, we talk about typical things the boys face: sexual temptation, drugs, alcohol and the lack of support they feel in life. Negative influences wear on them, and their little souls reflect it. The gospel is new to most of the boys, and they soak it in. When the boys began to ‘get’ God’s love for us, their responses never cease to amaze me.”

How has God used mentoring to shape your heart?

RYAN: “God showed me I can’t control their environment, or expect that a better school or better circumstances is going to make them a better kid. A relationship with Christ is what the boys need. God also taught me to hold my resources freely. Everything we have belongs to God. He taught me to trust as we steward our resources on to other things.

“There are definitely days when I don’t feel like going to West Dallas (I’m tired, I want to spend time with Emily, or I just want to be lazy). But the Lord has taught me that loving those boys and leading them to ‘life’ means that I must ‘die’ to myself. I NEVER spend time with the boys and return home saying ‘it wasn’t worth it.’ The Lord has grown my faith in Him through these experiences of ‘dying to myself’ and I will be forever changed because of them.”

EMILY: “I quickly saw how much of a stereotype I had about poverty and people living in West Dallas. Once I got to know some families, I realized how prideful it was to think that the way I lived my life was the ‘right way.’

I wasn’t there to fix these kids. God put me there to know them and to love who they are. Mentoring is not about me, and I certainly cannot do it on my own. My job is to constantly ask the Lord how He would have me serve

and live in dependence on God.”

Join us as we build Christ-honoring mentoring relationships in West Dallas. Help transform a kid’s life by serving as a mentor for 4th – 12th graders or as a soccer/baseball coach. Learn more at the External Focus blog.