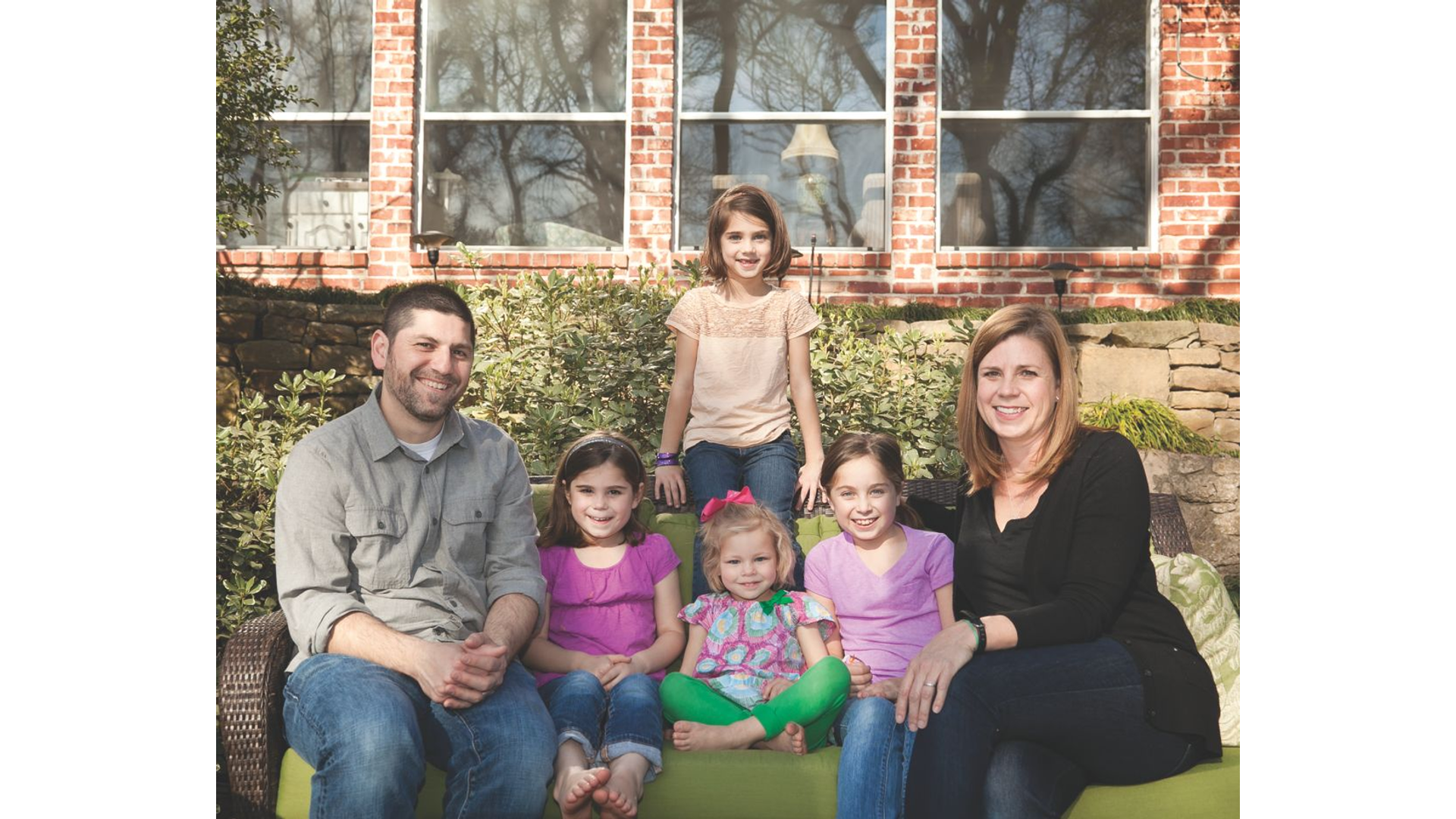 “We always thought we’d have two biological kids and adopt a third,” said Jenny Bindra. “Adoption to us is a picture of Christ, and we have more than enough to share in any way we can. It seemed like such a natural and normal thing to do.” While Jenny sensed the Lord was still calling them to adopt, Amby felt like their family was full since they already had three girls. But he committed to pray about it.

Amby and Jenny attended Watermark’s Tapestry class on adoption in the fall of 2010. The couple continually asked, “Lord, what is our next step in faithfulness to You?” They both agree that the class made adoption seem accessible. “We knew that adoption wasn’t for everyone, but that the Lord calls us to care for the fatherless,” said Amby.

God’s Word in Isaiah 1:17 kept coming to Jenny’s mind. “We can’t put our own comfort ahead of the needs of others. We’re supposed to defend the orphans, but somehow our own comfort was more important. The Lord brought us to a place where we knew he’d equip us with whatever we needed.”

Since Amby was born in India, they decided to adopt an Indian child. He even attempted to gain Indian citizenship. “We tried to adopt a girl from India, and over and over, India turned us down. But we were reminded that this wasn’t about us or what makes sense to us. We had our hands clenched so tightly around things that we thought we could control. But step by step, the Lord unclenched our hands and gently led us.”

The couple heard from another Watermark family about the large numbers of orphans in Russia. “That was the last place in the world we would have picked,” said Amby, “but God was telling us to adopt a child – any child.”

In June of 2011, they were matched with a two-year-old Russian child named Lyuda. Six days before leaving to meet their potential daughter, they learned that a Russian family was planning on adopting her. Their trip was cancelled. “Starting over was devastating,” said Jenny. “For five months, we had been praying with our girls daily for Lyuda, and she was already like a member of our family. But then we started praying that she would be put in a godly Russian home where she would be taught about Christ. We reminded our girls that God is always good and that we can always trust Him.”

Months passed. Amby commented, “our adoption agency asked us if we would consider adopting a boy. While there were no available girls at the time, there were numerous boys who were waiting for homes. That was an ‘aha’ moment for us. Again, the Lord was reminding us to trust Him. We decided at that point to take whatever child the Lord wanted to give us.”

Within 24 hours they were sent pictures and information on several boys. Within a week, they had travel plans, Amby’s work schedule was covered, and Jenny had arranged childcare for the three girls. But the day before they were to leave, they discovered that the boy they wanted to adopt had an older brother, and the boys were not to be separated. The agency told the Bindras to get on the plane, take the trip, and that if they were open to any child, they would be matched. Jenny was in shock. Amby added, “we were about to get on a 35-hour plane trip in three legs. Were we just supposed to line up the kids and pick one? Would there be a light shining down on one of them? But we felt sure that God had this under control. We couldn’t control the outcome, but we could take the next step in faithfulness.”

When they arrived in far Eastern Russia in January of 2012, it was 20 degrees below zero and still dark at 9:30 am. The translator explained that there were some problems with the paperwork for the boys. However, amazingly, Lyuda hadn’t been adopted by the Russian family. It had been almost four months since Lyuda had been taken off the list of waiting children, but she was now available. Amby and Jenny were immediately smitten with Lyuda. “It was like she was already ours,” Jenny said. They planned to return to pick up Lyuda in June, but while there the law changed to require three visits to Russia before final adoption. The Bindras returned to Russia for court in June and Jenny returned a final time in July to pick up Lyuda. The adoption was finalized upon touchdown at DFW Airport on July 17, 2012 when Lyuda became an American citizen.

At almost three years old, Lyuda (now Lucy), is thriving. Although she had never been outside the orphanage walls and spoke no English, she is now up for any adventure and speaks English fluently. She also knows what it is to be in a family, and that Jesus loves her. “We couldn’t have done the adoption without the support of the body of Christ,” said Amby. “God’s heart is for us to take care of these children and to teach them of His goodness.”  – Written by Riis Christensen