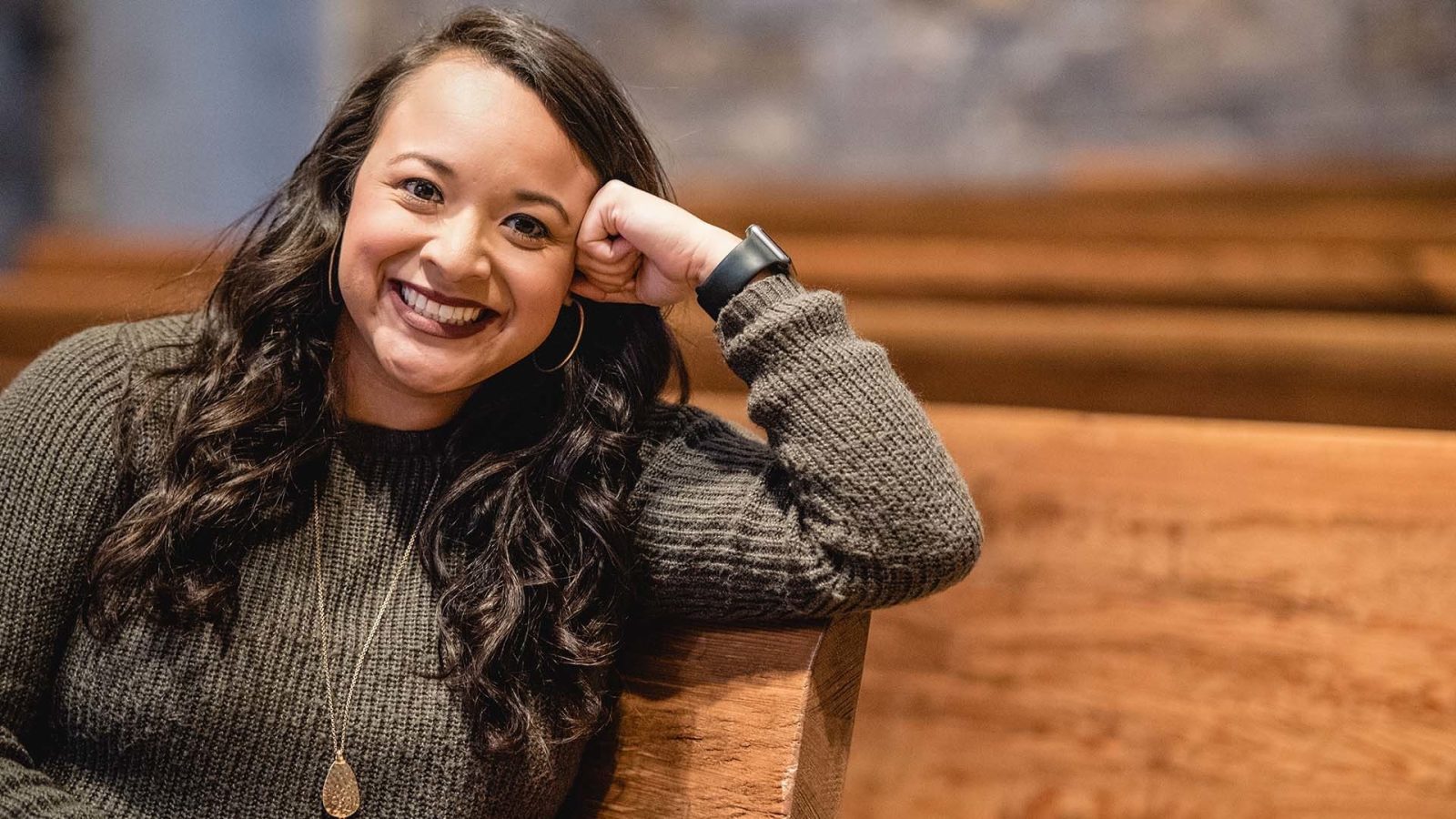 “I built a brick wall around me to push people away,” said Sierra Sanchez. “I thought that if people knew the real me, they would reject or hurt me. All I showed the world was a hard exterior of anger, fear, and resentment. My rude, sarcastic demeanor kept people at a distance.

“There was so much I wanted to keep hidden from the people around me… broken relationships, drinking, partying, and my arrest for a public intoxication in 2013. I blamed everyone but myself for the arrest, and instead of allowing it to be a wake-up call, I continued partying. By 2014, I had lost my job, I was stressed out and depressed, and hated God. If He was real, why did it feel like my life was falling apart?

“I got a new job at a charitable foundation in the area, and my cubicle was right next to a girl who seemed to talk about Jesus all the time. Her name was Liz McKee, and I was really mean to her. When she talked about God, I would ignore her or would say really hurtful things in response. But she continued to talk about Jesus, and God kept me in that same cubicle beside her for a reason.

“Just when I thought my life couldn’t get more difficult, my boyfriend and I broke up, and he moved out. I was at an all-time low, and finally responded to Liz’s invitation to go to The Porch at Watermark. One part of the night’s message that really stuck with me was this: anything added to God’s grace is anything but grace. (Ephesians 2:8-9) Did that guy mean that I could not perform or earn my way into God’s favor? At the time I didn’t think it made sense.

“I went back to Watermark hoping that someone would explain this idea that I thought seemed so confusing. At Liz’s request, I also went to open community group at The Porch. I didn’t want to share anything but then a girl started talking about breaking up from a five-year relationship, and I started crying along with her. I thought I was at a church where everyone had it all together, but everyone in the circle that night was so open and vulnerable.

“I spent the next month with one foot in the church and the other in the world, making one bad decision after the other. Eventually, I could not recognize the girl looking back at me in the mirror, and I went to Liz in my despair. I began confessing my sins to her, including a one-night-stand the day before. She cried right along with me and was willing to share how the Lord had worked in her life.

“I had been a brick wall when Liz had shared the gospel with me before, but this time, I was able to hear about Jesus’ sacrifice on the cross for my sins. Jesus was offering me the free gift of grace available only through Him, as well as the peace and freedom I’d been searching for. I was really amazed that God was willing to forgive all my sins, but 2 Corinthians 5:17 made it clear that in Christ I was “a new creation. The old has passed away; behold, the new has come.” That’s exactly what I wanted.

“I started pursuing Membership at Watermark and joined a community group. I still had doubts that I was forgiven, but I kept praying for God to show up, and He did. Slowly, I began to have the joy and peace I never thought was possible. “When I was asked to be a Community Group Leader, I expressed many reasons why I was not qualified. But friends encouraged me that my identity was no longer in the bad decisions of the past. Because the Holy Spirit was at work in my life, there were many reasons why I should serve and lead. So, I started leading, and God radically changed my life and connected me with faithful believers who both pointed me to God’s Word when I was tempted to believe the lies of this world and loved me in my walk with Christ.

“If I were talking to a girl just like me, I would want her to know that God loves her and ‘there is no condemnation for those who are in Christ Jesus.’ (Romans 8:1) We serve a God of second chances, and He uses people who have messed up to change the hearts of others who need hope. He transforms people who have made terrible decisions and uses it all for His glory. If you are like me, in the lowest pit and you’re convinced you can’t get out, turn to the Lord. God’s Word says that He is faithful when we are faithless, and my story is evidence that it is true.

“The crazy thing is, my story is not incredible or unique. It’s just another example of a sinner who has ‘fallen short of the glory of God,’ but is rescued and redeemed by Christ’s incredible love. He has taken all my terrible decisions and turned them into opportunities for me to talk about His power and redemption. I spent so long searching for freedom in other people, and I finally found it in a relationship with Christ Jesus.”