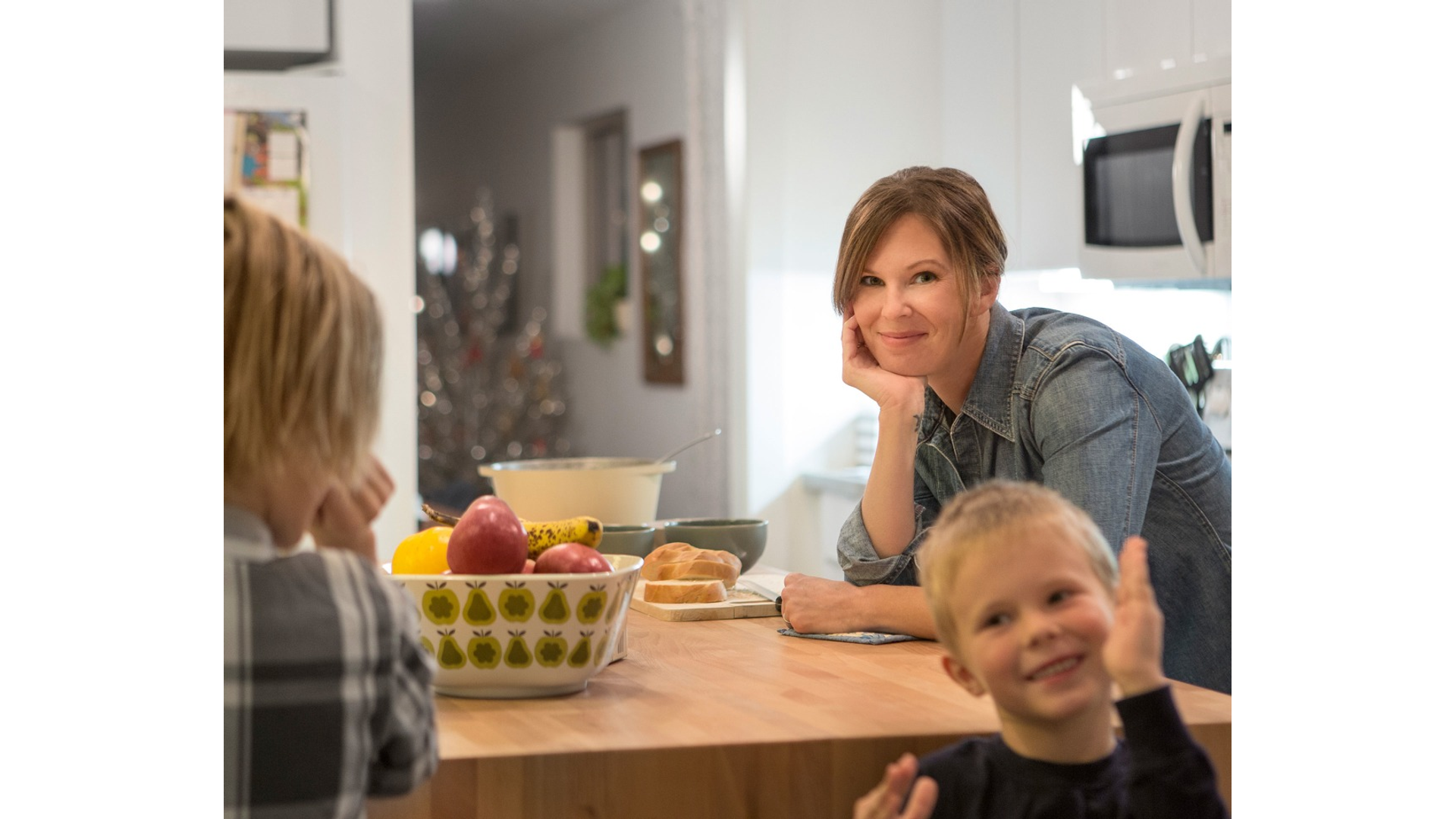 “I believed one of the biggest lies of the last several decades − that the fetus growing inside me was just a bit of tissue,” said Brooke Fish. “I thought there would be no after-effect of my abortion. I didn’t know that choice would follow me for the rest of my life.

“I enjoyed a lot of freedoms early in life that I probably shouldn’t have had. My parents were the most loving and caring people I could have asked for. But we never really talked about my body being the temple of the Holy Spirit (1 Corinthians 6:19-20) or that sex was something that should be saved for marriage. That freedom combined with my desire to be liked became the perfect cocktail for promiscuity.

“Starting in 8th grade, a typical weekend included Friday night football games followed by parties and drinking with my friends at the lake. My senior year, I started a relationship with a guy, and it continued, off and on, for about four years. I made a lot of reckless choices during that season and ended up getting pregnant.

“I was raised to take care of myself and never depend on a man. I planned to move to New York after college and start a career in fashion, so a baby didn’t fit into my plans. Before a pregnancy test confirmed my suspicions, I wanted to get an abortion. As I walked into an abortion clinic, I felt angry at the protestors outside. What did they know about my life? I said a few choice words under my breath and went forward with the abortion.

“My sister became pregnant about that same time, and she chose to keep the baby. Watching my nephew grow up with the support of my sister and our parents was a constant reminder of my abortion. I coped by telling myself that the choice I made was better for me and for the baby because I would have been a horrible mother.

“I didn’t think much about the abortion until years later when I was expecting a child with my husband, Adam. Tracking the development of Jude − a child I wanted and had planned for − changed my entire perspective. When I was 11 weeks pregnant, I broke down because that was the stage when I’d aborted my first baby. I started having terrible dreams and hallucinations. After Jude arrived, the sleep deprivation and hormones kicked in, and I spiraled downward.

“The lie I’d told myself about not being a good mom haunted me. I wrongly believed that God would pay me back for the abortion by taking Jude. That fear led me to try to control everything around me. I began hitting and injuring myself, slamming my head so hard into a cabinet once that I split it open. I lashed out at Adam publicly one afternoon when we were walking along the Katy Trail. That’s when I realized I was completely out of control. My abortion not only affected me, it was seeping out and hurting everyone in my life.

“Someone Cares gave me a safe place to ask questions: What happened to my baby? Why was I choosing self-destructive behavior? It was so comforting to be in a room with women from all walks of life who had stories and questions similar to mine. We all needed the Savior to heal our deep wounds.

“What surprised me was that I found life, healing and a fuller understanding of God’s love at the end of the process. I had been putting worldy standards on God, Who was much bigger than I could fathom. I wasn’t trusting in God’s grace and the finished work of Christ on the cross. As long as I stayed in bondage to the lies about my abortion, I was not free. I spent time in Isaiah 61 and in the story of King David. After all the mistakes David made, including murder, God called him a man after His own heart. I related to that story and was amazed that in spite of my sin, God loved me too. “Finding recovery in Christ changed my life and marriage in every way. The cloud of darkness and desperation dissipated. I began extending more grace to Adam, and letting go of the leash of control. I finally understood the truth about Who God really is. He wasn’t a task-master. He was my Heavenly Father – my daddy.”