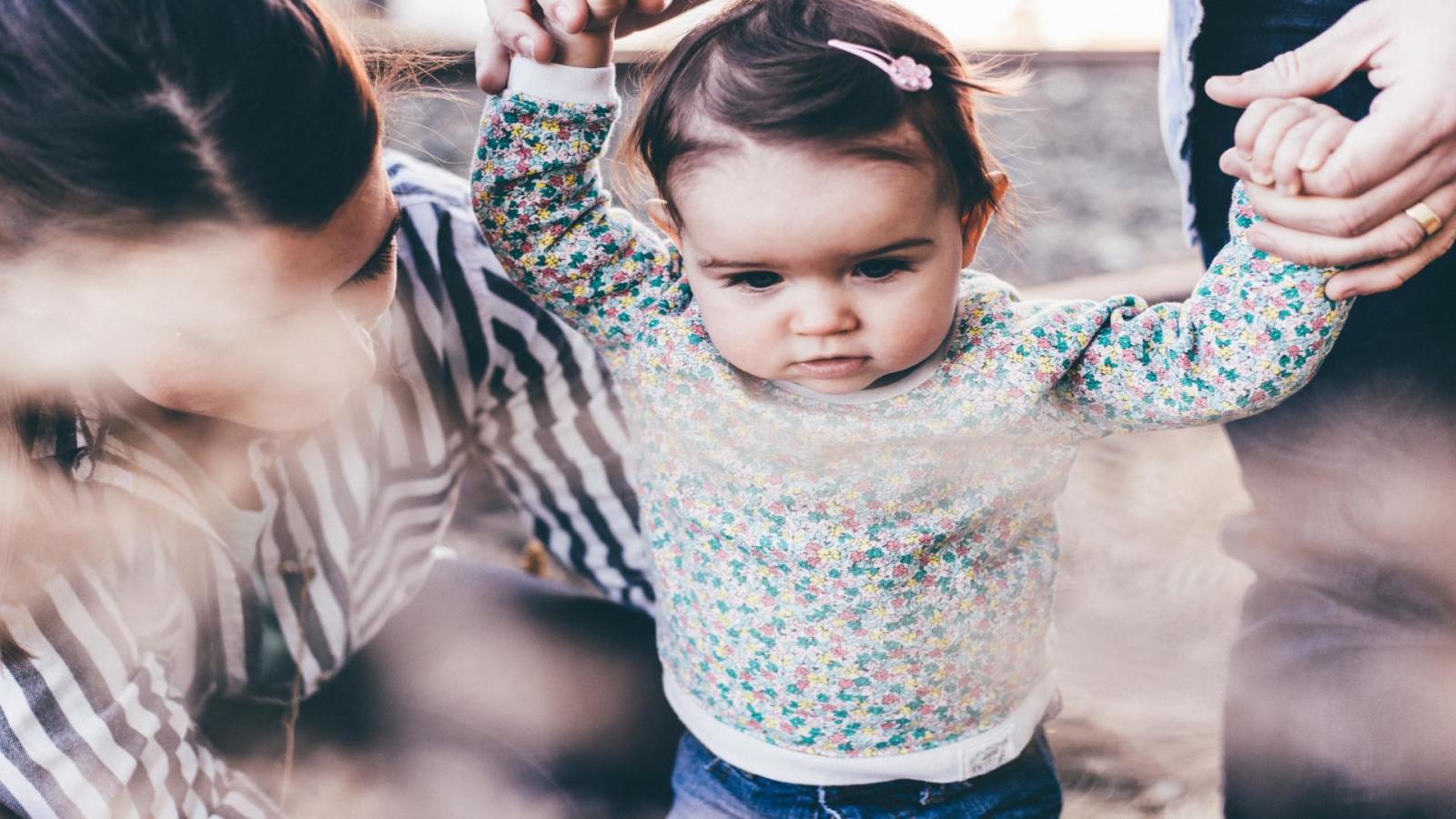 We already had two kids and decided to do some research on what adoption would look like. While we had good intentions, my heart was definitely not in the right place. I was looking for the most affordable way to get a healthy baby so that we could grow our family. I was 100% sure we would not be doing foster care. I would flat out stop listening when they started talking about fostering.

My wife, Ginni, and I discussed it every few months for the next 2-3 years. Despite my best efforts to quench the Spirit, God was changing my heart. We began to open up to the idea of fostering as it was affordable and would allow us to adopt while serving others. We were sad at the idea of having a child in our family for months (or even years) of their life that we didn’t get to be a part of, but we were also encouraged by another couple in our community group who were already in the process of getting licensed to foster. In April 2017, we were officially licensed and ready to care for a child.

Our criteria for fostering was relatively narrow our first time around. Ginni really wanted a baby, so we set the age range to 12 months and younger. Beyond that, we were open for anything. We got a call for a little girl. She was 10 months old. With very little information, we said “Yes!” and began waiting. After a couple of hours we got another call, this time letting us know that we had been picked and CPS would be bringing Baby Girl to us later that day. As it turns out, it was a lot later. We did our best to be patient as we waited for hours. They finally arrived with her around 2 in the morning.

From the start Baby Girl was incredibly sweet. She had no problem being cuddled by anyone who would hold her. We had an incredible support system. Our community group and families were constantly helping out. They helped with meals, babysitting, advice, encouragement, and (much needed) prayers. After months of her being with us, we found out Baby Girl would be leaving. 17 days notice. Finding out the exact date was sobering and difficult. We grieved during those 17 days. There were many tears and many heartfelt cries of lament to God. By this time, it felt like she was our own flesh and blood. We had the small comfort that we knew she was going somewhere safe, but it was still a crushing loss. Having to say goodbye was incredibly difficult, but never having known her would be unimaginable. Never having held her and hugged her and helped her taker her first steps and even all the hard stuff like changing her diapers and waking up in the middle of the night to her cries and cleaning crayons off the wall - I treasure every single memory and wouldn't trade a single one to have avoided the pain of saying goodbye.

After Baby Girl left, we widened our age range to four years old and younger. But, we got another child under a year old, "Jack-Jack." He was 11 months old and had spent the entire day at the hospital getting checked out. They arrived with him after 1 a.m., and he was scared and grumpy. Whoever was holding him was his safe place. Try to hand him off and he'd scream for 10 minutes. If you kept him long enough to calm him down, though, you were his new safe place.

My heart was more guarded this time. I had just had my heart broken, and I struggled to bond with him because I didn't want to hurt again when he went home. But predictably, we fell in love again. Jack-Jack was so happy and energetic and playful. It was a weird combination, growing in our love for him while getting to know his parents better. We would have said yes to adopting him without hesitating if that had ever been an option. But we had genuine peace about rooting for his parents to restore their family. This was when we realized God had been working on our hearts to change our perspective on fostering. We would still love to adopt, but we are not in a hurry, and we enjoy forming friendships with bio-parents to learn about their struggles and serve them.

During our time with Jack-Jack, Ginni became Facebook friends with our Baby Girl’s mom. We actually got to watch her and her two older siblings overnight every few months. Getting to have her and Jack-Jack at the same time was so sweet. One of my favorite pictures in the world is the two of them playing next to each other. We also got to know Baby Girl's older siblings. And to absolutely nobody's surprise, we love them like family now. As Jack-Jack’s case went on, we found out he would be leaving. His parents were thrilled. We were expecting the goodbye to be easier this time, and while it was, it still hurt a lot. This time the grief hit hardest after he left. I was honestly surprised at how much it hurt when I was rooting for it to happen. The house seemed so quiet. Every little thing reminded me of him. It took some time, but the sadness slowly lifted, and we once again found a new normal for our lives.

Our plan was to open to foster again after we spent some time adjusting to our new normal. We changed our age range to 5-8 (we wanted a break from toddlers!), cleaned and repainted the spare bedroom, and bought new furniture. A few days before we opened, with all the paperwork and home visits completed, we found out that Ginni was pregnant! So we went back on the inactive list. This was not at all how we planned it. Yes, we were excited about the baby, but we were also disappointed about not getting to foster and looked forward to how we can serve these children and families in the future. We were reminded ​God is good, and we can trust His plans.​ He cares about us and He's in control. He loves us, these children, and their families. Our best choice is to trust His timing and His plans.

"Whom have I in heaven but you? And earth has nothing I desire besides you." Psalm 73:25

If you are considering fostering or adopting or want to serve parents working to restore their families, email familyrestoration@watermark.org to learn about the next steps.