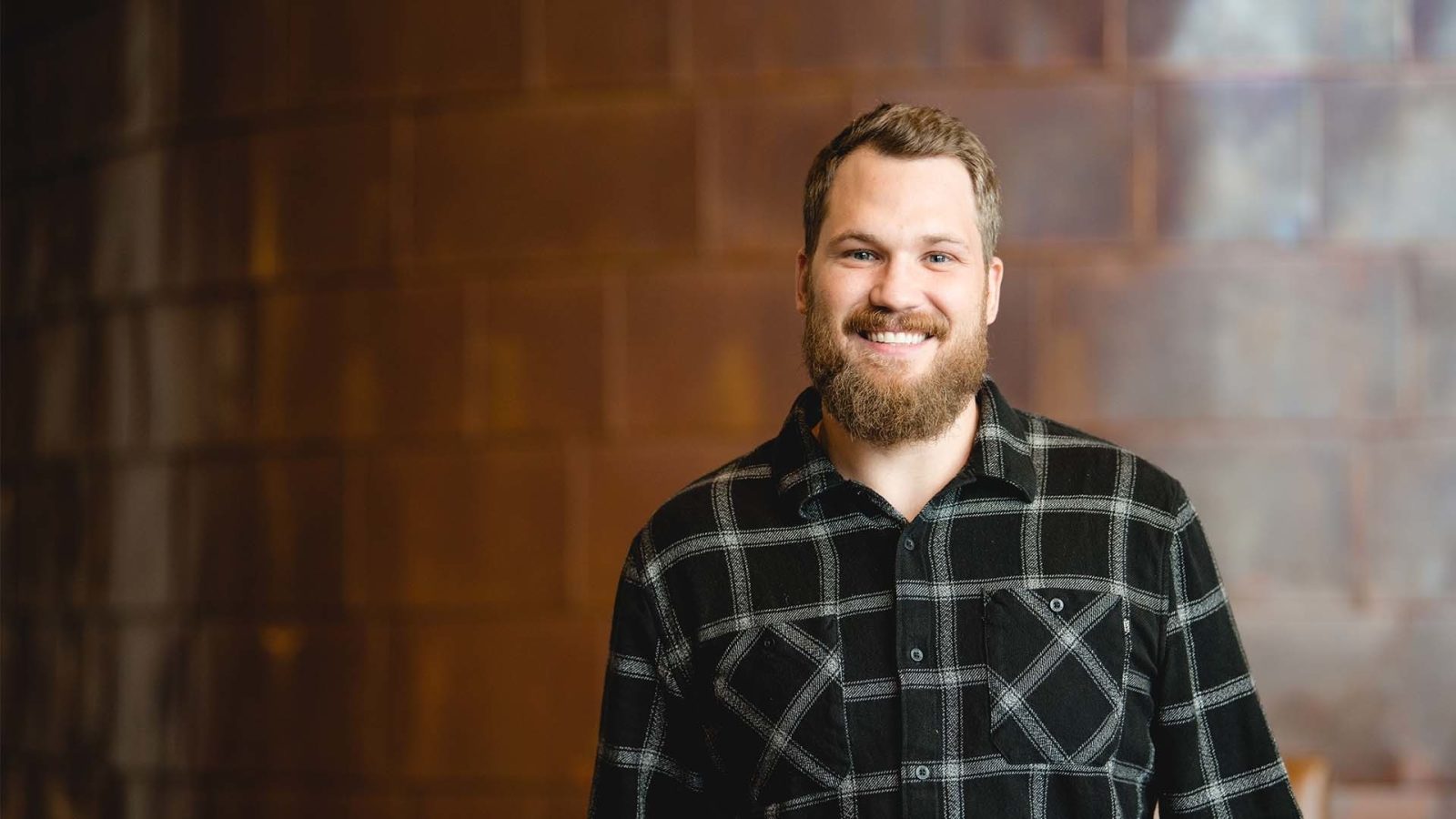 “For years, I looked for purpose and pleasure everywhere but in Christ. Finally, it was clear that if I was ever going to be free I’d have to lose everything."

“Seventeenth-century Puritan preacher and author, Thomas Watson, was quoted as saying, ‘Till sin be bitter; Christ will not be sweet.’ That’s a saying that’s so relevant to my life,” said Dustin Flueckiger. “For years, I looked for purpose and pleasure everywhere but in Christ. Finally, it was clear that if I was ever going to be free I’d have to lose everything.

“In high school, a long-time friend of mine named Garret became a believer, and he stepped away from some of the things we were doing. He had an inner confidence about him that I could not explain at the time, and his example impacted me. I wanted the kind of life he had, but I did not want to do what it took to get it, so I took a different route.

“I transferred in and out of five different colleges before I graduated from DePaul with a business degree. I moved in with my brother and his friends in Chicago after college, making next to nothing as a waiter by day and partying at night.

“During this time, I met this girl who had the same inner confidence that my friend, Garret, had, because she was also an outspoken Christian. I’d go with her sometimes when she went to church, and that’s when I started learning about Jesus. I followed her down to Dallas when she moved, and we both started going to The Porch at Watermark. Eventually, when we broke up, I was left down here in Dallas all by myself. I did the only things I thought I was good at; I made friends and partied.

“Finally, my life felt so empty, I had no other choice but to allow God to take control. I cried out to the Lord and asked Him to show me the purpose for my life. I was done with pretending and wanted a relationship with Jesus. It wasn’t instantaneous, but the Lord slowly began changing my heart.

“I got to know more about the Lord as I started to attend The Porch, and the Lord slowly surrounded me with new, faithful friends. As I studied the Bible and built relationships with other guys in community, it was clear that God is who He says He is, and I knew that serving the Lord was what I wanted to give my life to. I also wanted to equip younger kids to know and follow Jesus.

“Six months after trusting Christ, I met with David Penuel to find out about serving in Student Ministries. I had the privilege of serving a group of 6th grade boys, and I learned about God’s Word right alongside them as we grew. I love those kids, and am so thankful to learn from them and from my friends what authentic, biblical community looks like.

“When I started dating Kallie again (the girl I followed to Dallas and who is now my wife), she was leading a group of 6th grade girls in Student Ministries, as well. My small group boys were ushers in our wedding, and the girls in her small group were in the wedding, too.

“The Lord was faithful to preserve me during all those years of unfaithfulness, and He has used my gift of making friends quickly to tell others about my relationship with Christ. He has changed everything about my life and allowed me to serve others. I’m living proof that God uses hurting and broken people for His purposes, in spite of themselves.

“I pursued a career in nursing for a while in Phoenix but felt like I needed to go in a different direction. So, when I heard about the Watermark Institute, I applied and was accepted. At the time, we had more than $100,000 in student loan debt, so I worked as a travel nurse and paid off the debt in 10 months. Then, with two kids and a baby on the way, we packed up and moved to Dallas.

“The beauty of being part of the Watermark Institute is becoming even more rooted in my knowledge of who God is. The leaders here have shepherded, equipped, and shaped me, and I trust them. I don’t know what is next for our family after my year in the Institute is done, and the wisdom I’ve gained through this year is helping me figure that out. We’ve moved 10 times in the last 4 years, and my wife is so supportive, so we are up for wherever God takes us.

“If I hadn’t gone through that period of aimlessness, I might not understand that Christ always had a purpose for my life. He allowed me to taste the bitterness of sin and preserved me. I searched for meaning apart from Christ and ended up with absolutely nothing. When I came to the end of myself, Christ saved me. Whether I am in plenty or in want, God’s faithfulness to my family and me has allowed me to find my purpose and identity in Christ alone.”