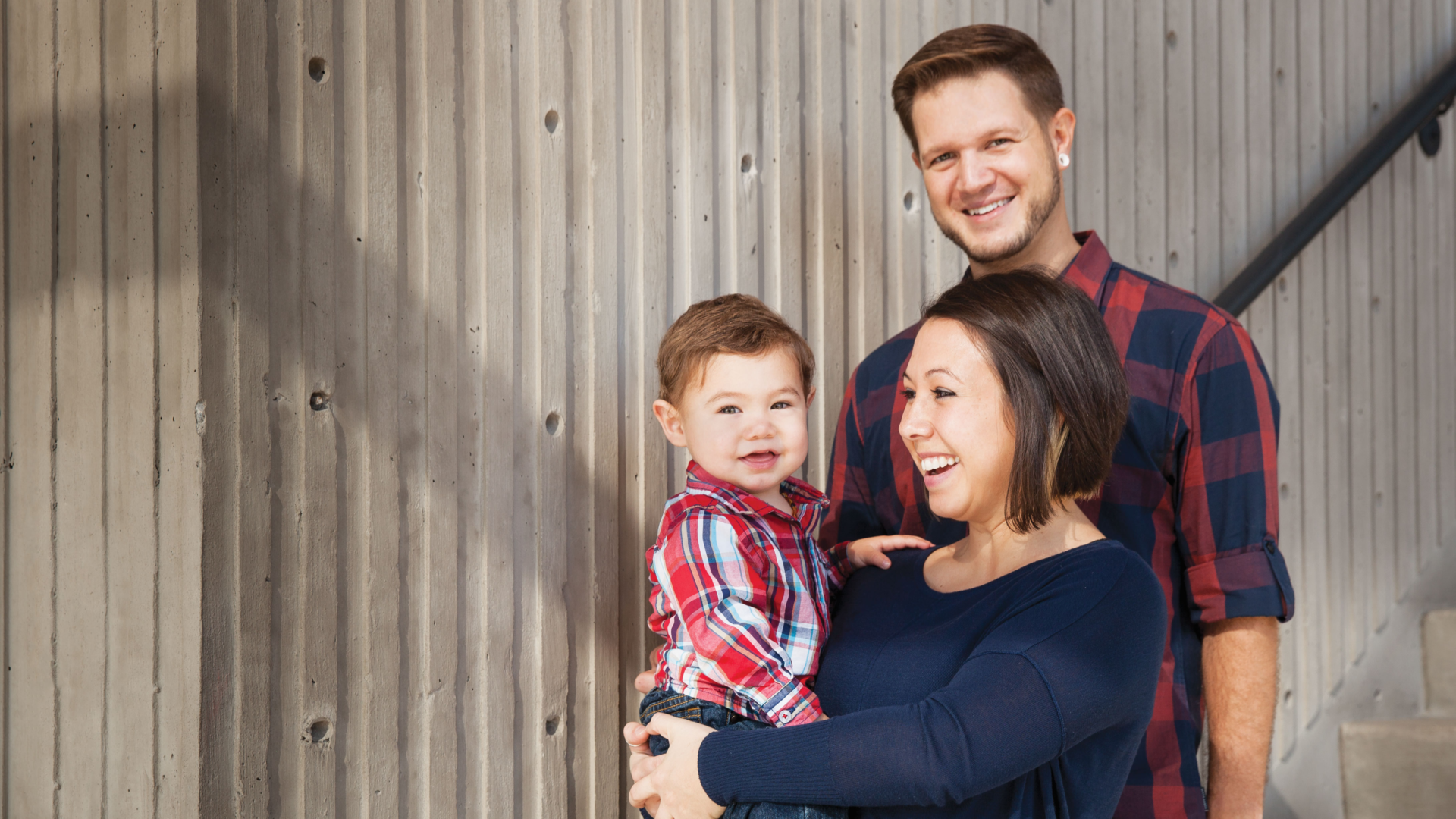 “Our marriage took a turn for the better when I stopped fighting the divorce and started fighting for a consistent walk with the Lord.” – James Reppart

“Come now, and let us reason together,” says the Lord, “Though your sins are as scarlet, they will be as white as snow; though they are red like crimson, they will be like wool.” (Isaiah 1:18)

“Almost three years ago, we got the news that my wife, Sarah, was pregnant,” said James Reppart. “Our marriage was on the road to recovery after years of unfaithfulness and rebellion. Our community group stuck with us, encouraging us to fight for oneness with each other and the Lord. They stood with me as I pursued reconciliation with my wife, and they supported us when Sarah told me that the baby she was carrying belonged to another man.

“Like my wife, I spent my childhood years in Kenya with my parents who were missionaries. When I was about five years old, I was sexually abused by a babysitter. I never told anyone about it, and it only stopped because she moved away. When we returned to the U.S., my struggle with pornography began. On the outside, I appeared to be a faithful kid, but I was confused by the inconsistencies I saw in other believers. My heart grew bitter toward God as my pornography struggle grew into sex addiction.

“My rebellion continued during my young adult years and when I reconnected with Sarah, who I had met in Kenya. Our relationship was explosive, and my anger came out both physically and verbally. I went through Watermark’s biblical recovery ministry, but I did not fully give my heart to it. I went to great lengths to hide my sex addiction when Sarah and I went through the Merge premarital ministry. Under that cloud of secrecy and deception, Sarah and I got married.

“The lid blew off our marriage when my mother was diagnosed with a brain tumor. She was a rock in my life, so to see her cognitive abilities fail was hard for me. After she died, my sex addiction returned with a vengeance. The truth about my addiction was revealed when I contacted an escort who turned out to be a police officer. My arrest forced me to begin to share the truth with Sarah. Still, I hid the depth of my sin, claiming this was an isolated incident.

“I was a total wreck when Sarah and I joined a Foundation Group, a community group for couples married three years or less at Watermark. We had very little trust in our marriage, and our group leaders tried to help us communicate. But I continued to be unfaithful to Sarah, playing down her concerns and suspicions. I was so selfish.

“By the middle of 2014, Sarah began drawing up divorce papers. Our community group tried to help, but Sarah was done. She started living like we were no longer married. Suddenly our roles flipped, and Sarah wanted out just as I was ready to pursue a marriage with her.

“Broken and scared, I decided to share the full extent of my sex addiction with our community group. I expected rejection, but instead they cared for me, constantly reaching out to make sure I was safe. As I suffered with guilt, depression, and anger, they reminded me what God’s Word says about His love for us.

“I was pursuing biblical recovery for my addiction, but I still crossed boundaries and relapsed at times. Our community group loved me enough to confront me, reminding me of the ditch God had rescued me from and encouraging me to live for Christ. That conversation was one of the hardest things I’d ever had to sit through, but in retrospect it’s a time when I truly experienced God’s love.

“Our marriage took a turn for the better when I stopped fighting the divorce and started fighting for a consistent walk with the Lord. My heart had been radically changed when Sarah told me she was pregnant with another man’s child. I knew that the goal wasn’t simply to repair our marriage or raise the child together, although that’s what I wanted. The only way back to a restored relationship with each other was through a restored relationship with God.

“I expected a fight when I spoke with the biological father and asked him for the privilege of raising Isaiah as my son. To my surprise he immediately agreed that it would be best for Sarah and me to raise the child. He apologized for putting us in this situation, and that’s where God firmly took control of the conversation.

“I explained that Christ had forgiven me of so much that I could not hold anything against him. I asked for his forgiveness because this wouldn’t have happened if I had been a better leader. That discussion should have been full of animosity, but because of Christ, we left calling each other brother.

“When I feel discouraged, our community group consistently reminds me that I am an adopted heir – a child of God who can do nothing to make the Lord love me more or less. God’s grace is bigger than any trouble I’ve faced, and His love has never let us down. If there is anyone reading this who is going through a similar struggle, I want you to know how much God loves you. His power and grace are sufficient.”