Abortion: What Is Legal in Texas (and Beyond) 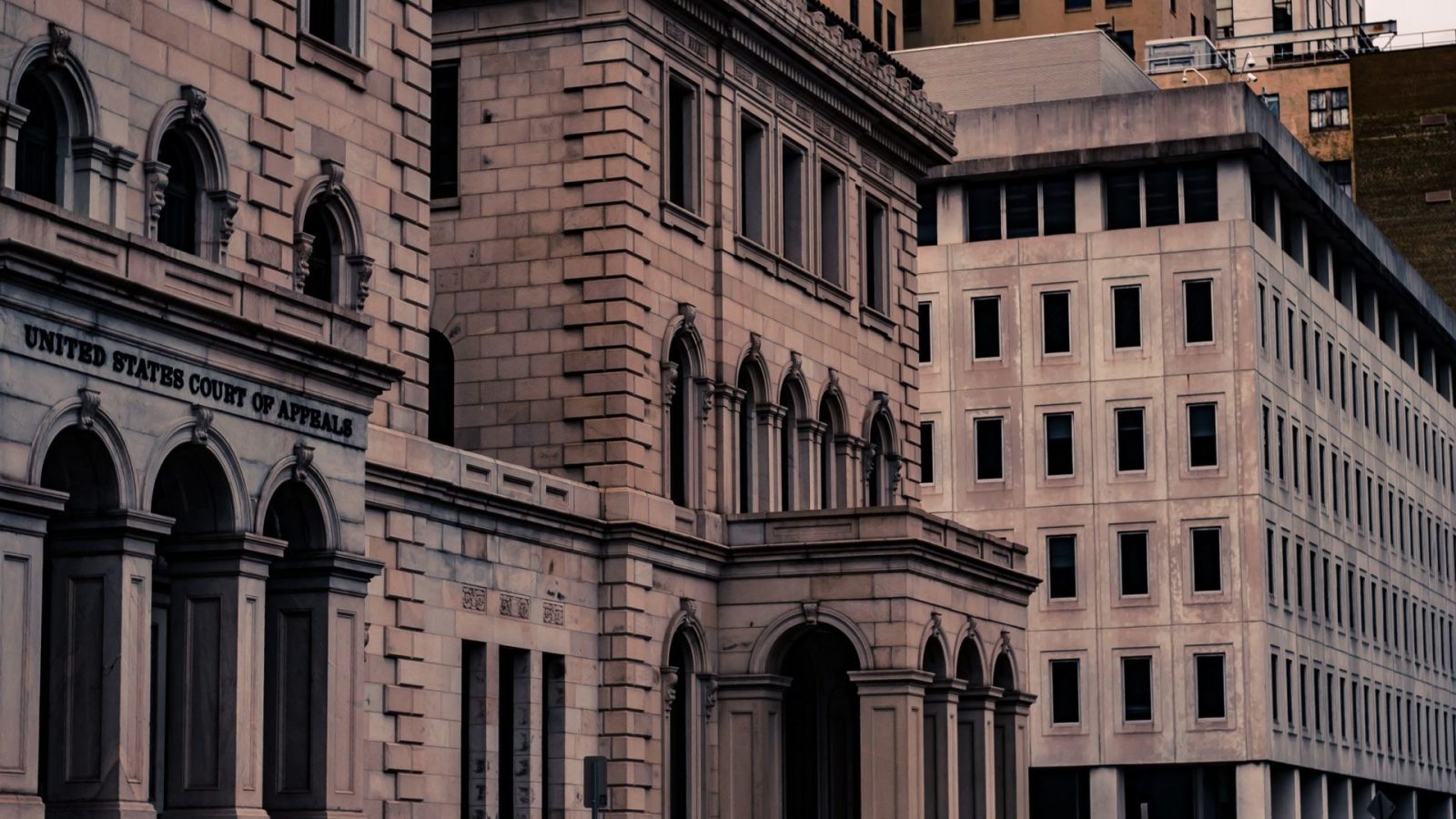 Abortion: What Is Legal in Texas (and Beyond)

A few weeks ago, New York joined a number of states in passing new laws that expand abortion access. The New York law allows for late-term abortion (i.e., after 24 weeks) if the health of the mother is threatened or the fetus is not viable. New Mexico, Massachusetts, Rhode Island, Virginia, and Washington have either passed new laws expanding abortion access or are moving toward stripping old laws from the books that limit abortions. In light of this saddening news, I share the information below to outline “what is legal in Texas.”

In a culture where right and wrong are increasingly relative and self is promoted above all else, we, as followers of Christ at Watermark, face unique challenges in defending the sanctity of life. The zeitgeist of our day advocates that each person should be the god of his or her own universe, is entitled to determine what is right according to his or her own standards, and, without limitation, may define what he or she wants to be and dictate what he or she wants to do. To many, an unexpected pregnancy may seem a colossal infringement upon that spirit of complete control. In this environment, Christ-followers must be willing to challenge relativism and permissiveness and engage our society in order to affirm what the unchanging Word of God says about life: that it begins in the womb (Luke 1: 41-42); that God ordains it (Galatians 1:15); that God knows each person intimately before he or she is born (Psalm 139: 13-16); that children are always a blessing (Psalm 127: 3-5); and that, in light of these truths, abortion is against God's design for our lives and "leads to destruction" (Psalm 1). As we work to proclaim these truths lovingly, humbly, and boldly, it behooves us to have a sound understanding of what is legal when it comes to abortion—in our state and in our nation.

To answer that, a helpful backdrop is the landmark Supreme Court decision we all know by name: Roe v. Wade, decided in 1973. In that case, the Supreme Court effectively legalized abortion in the United States, mandating that states cannot place an outright ban on abortions pre-viability (before the baby can survive outside the womb) [1]. The decision left room for a state to place non-prohibitive restrictions on abortion after the first trimester and even potentially to forbid abortions post-viability (which the Court, at the time, believed to be in the third trimester), provided there was an exception for situations where the health of the mother was threatened. In a 1992 decision entitled Planned Parenthood v. Casey, the Court further decreed that any restrictions a state places on abortion must not create an “undue burden” for the mother seeking an abortion [2]. In 2016, in a decision stemming from Texas, Whole Women’s Health v. Hellerstedt, the Supreme Court held that two provisions in a Texas law – (1) requiring physicians who perform abortions to have admitting privileges at a nearby hospital; and (2) and requiring abortion clinics in the state to have facilities comparable to an ambulatory surgical center – placed a substantial obstacle in the path of women seeking an abortion, constituted an undue burden on abortion access, and therefore violated the Constitution [3].

Despite Hellerstedt, for believers in Texas, the encouraging news is that our state has some of the country's strictest abortion laws. These restrictions include that:

These and other restrictions serve to educate citizens and curtail the number of abortions performed in Texas.

Notwithstanding these efforts, abortion is still happening in mass numbers in Texas. In 2015, over 55,000 abortions were performed in the state. These abortions are routinely permitted up to 20 weeks (5 months) post-fertilization, which is about half-way through the pregnancy (and this time-frame can be extended if the mother has a life-threatening medical condition or the baby is believed to have a severe abnormality).

The manner in which a woman legally may obtain an abortion depends on the gestational age of her baby. Early in the pregnancy (first trimester), a woman's options for abortion generally are: (1) medical; or (2) aspiration. Essentially, this means that the woman may take a pill to induce miscarriage or allow a doctor to remove the pre-born child from the womb, usually by suction. For a second trimester abortion, the most common legal options are: (1) dilation and curettage (D&C); or (2) dilation and evacuation (D&E). These methods involve various combinations of scraping, dismembering, and suctioning to remove the fetus from the womb. If the baby is old enough (typically 20 weeks or older), he or she may receive a shot in the heart to stop its beating before removal is performed by D&C, D&E, or induced labor. As described in the following excerpt from an abortion provider:

At 20 menstrual weeks and later, the first step in the abortion procedure on the second day of her appointment is an injection of medication into the fetus that will stop the fetal heart instantly... The woman does not observe the fetus on the ultrasound screen in this process.

Thankfully, Congress banned intact dilation and extraction, a form of abortion often colloquially referred to as “partial birth abortion,” via the Partial-Birth Abortion Ban Act of 2003 (though a doctor accused of performing a partial-birth abortion may defend himself by showing that it was necessary to save the life of the mother, and the abortion industry has been caught performing them after they were banned). Although the Act does not ban all forms of abortion that one may consider a “partial-birth abortion,” it does outlaw the specific procedure by which a doctor pulls part of a living baby out of the birth canal (usually delivering the baby’s entire head) but leaves the rest of the baby inside the mother, and then kills the baby, typically by puncturing the base of his or her skull with scissors or another instrument and then suctioning out the brain through a catheter. In banning this procedure, Congress aptly labeled it "gruesome and inhumane." [5]

As I read about these procedures, I could not help but think of a sonogram my husband and I had at 20-weeks gestation with our son. Our doctor told us Hudson was "about the size of a banana with a ping pong ball on top," and we saw the four distinct chambers of his pumping heart, his hands exploring his environment, and all the detailed features of his face. It struck me that, while we debate and redefine what is true and permissible relative to the mores of our day, and while the point of viability continues to move up due to medical advancements, it will never be less true that a 20-week old fetus has a beating heart that hangs in the balance--just as he or she did at 18 days after conception.

I share these grisly details and the image of our son not to sensationalize the issue or suggest that second- or third-trimester abortions are any more reprehensible than first-trimester abortions. In all cases, life is ended prematurely. I share these details simply because the bigger a picture is, the better we can see it. In the photo folder on my computer, I like to set my icons to "extra large" so I can see the pictures clearly. They are still the same photos when the icons are set to "small". Likewise, I think it is easier for us to understand the consequences of our actions and laws when we see them materialize on a larger screen, i.e. an abortion carried out against an older fetus rather than a younger one.

Lest you find me judgmental in my condemnation of abortion, let me assure you that I condemn only abortion and not individuals who have had or will have abortions. This seems also a fitting time to confide my own abortion - years ago when I was about 6 weeks pregnant, unmarried, and terrified. I can tell you that, though the tools used seemed less barbaric - a pill instead of scissors or forceps - the event was no less a tragedy and the experience no less devastating. And, I, too, refused to "observe the fetus on the ultrasound screen" for fear that I might see my baby for what he or she was and change my mind.

Because of my story, I humbly yet boldly urge you: just because something is legal does not make it right, as Paul exhorts in 1 Corinthians 10:23: "I have the right to do anything," you say - but not everything is beneficial. "I have the right to do anything," but not everything is constructive. Let us pray for our leaders and elect those bold enough to stand for life in the midst of legalized - I do not say this lightly or without empathy - killing. And, until the laws change, or in the event they do not, let us love those affected by this epidemic and seek to change the hearts of those considering and supporting abortion through our love and by advocacy of a better way.

The amazing news--the good news--is that abortion does not have the last word; Jesus has the last word - through His victory over death and sin (1 Corinthians 15: 55-57). For those of us who have participated in the tragedy of abortion, our story does not have to end there. Christ paid the penalty for our sins to reconcile us to God (Romans 5: 6-11) and to extend the invitation of a new life--a forgiven life--in Him (2 Corinthians 5:17).

For more information on how you can help share Christ's love and seek to change hearts on this topic, please join us this Saturday Feb. 23 for our Equipping Day at Watermark, You can pre-register at by CLICKING HERE. If you are unable to attend this weekend, you can also email thelifeinitiative@watermark.org for more information on how to get involved. If you are facing an unplanned pregnancy or seeking healing from a past abortion, please also email the above address. It would be our joy to support you!