A Cord of Three Strands 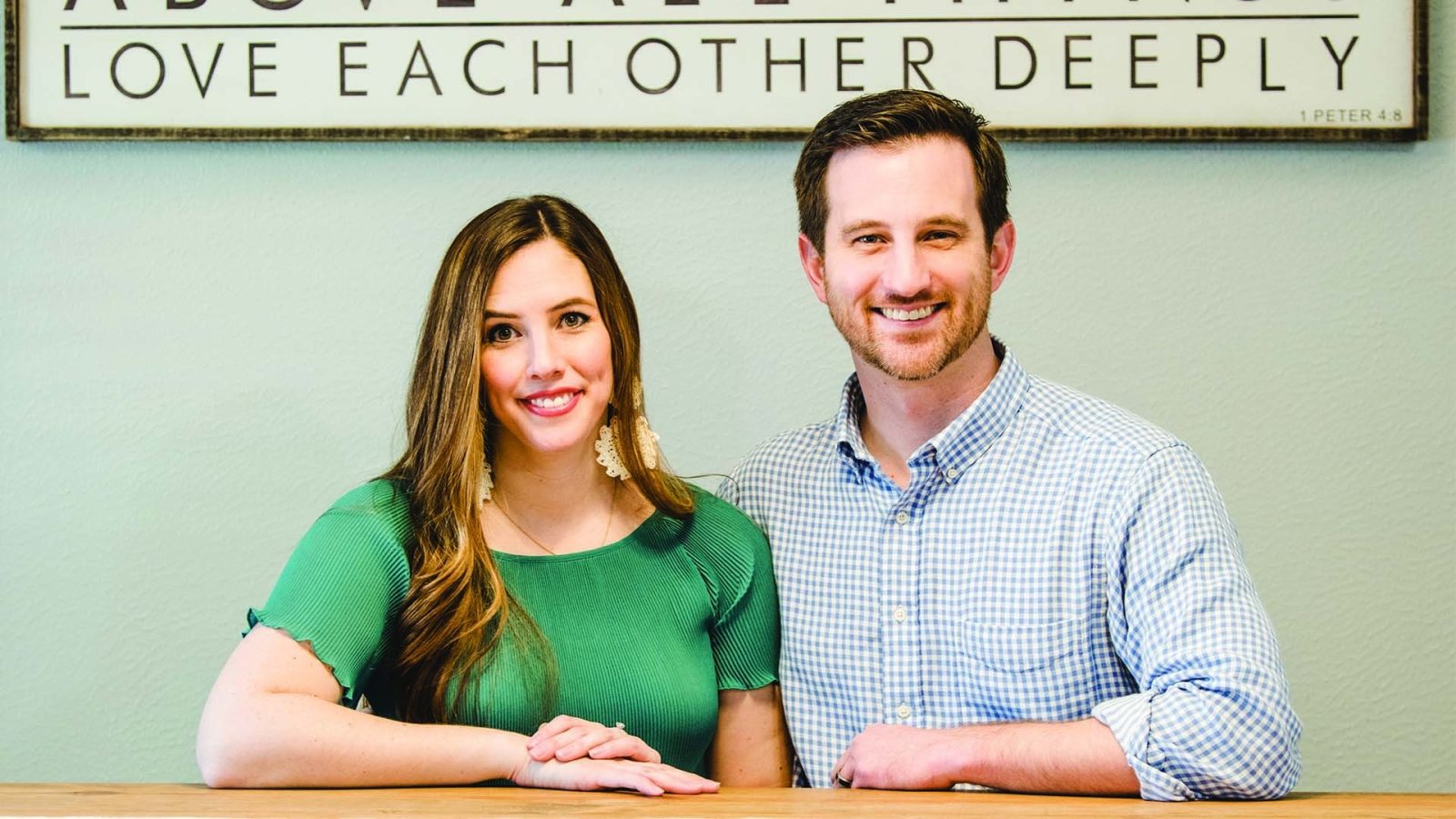 "Growing up in Austin, my family went to church on Christmas and Easter,” said Cullen Carlson. “I knew of the Lord, but for the most part I viewed Him as an authority figure with a strict set of rules. I became a rule-follower because I thought the Lord would bless me more. I didn’t have a personal relationship with Jesus. My prayer life consisted of saying the Lord’s Prayer before bed out of duty or asking the Lord for trivial things like winning baseball games or passing tests.

“In college I wasn’t the biggest partier, but I did go out to bars and drink a lot and had inappropriate relationships with girlfriends. The rule-follower in me felt bad about those things, but I kept on partying because the world said it was okay.

“I met my wife, Natalie, in a bar, and the relationship took off quickly. After a year of dating, we got engaged. At that time, Natalie had a difficult roommate situation and a lot of student loan debt, so it made sense in our minds for us to move in together. Soon after, we moved to Dallas, merged all our stuff, and were planning a wedding.

“Some friends invited us to Watermark, and we decided to check it out. I had grown up in a very ritualistic church environment, and Watermark was so different because they were teaching from the Bible. I will never forget Todd and other speakers teaching from Scripture and seeing that God’s Word was practical and spoke into things in my life.

“Scott Kedersha, who is on the Watermark staff, is the first person who ever challenged me about my salvation. He asked on a scale of one to ten, how certain I was that I’d spend eternity with Christ in Heaven. I said, ‘a seven or eight,’ and reasoned it was because I followed the rules and considered myself a pretty good person. In light of that, I figured God would certainly let me in. Then Scott shared the gospel and explained that ‘all have sinned and fall short of the glory of God, and all are justified freely by his grace through the redemption that came by Christ Jesus.’ (Romans 3:23-24) My good deeds would never be good enough to pay the debt of sin I had to a perfect, holy God. Grace was a free gift (Ephesians 2:8-9) paid for by Christ on the cross.’ That’s when the scales began to fall from my eyes, and I trusted in Christ.

“We also talked to Scott and his wife, Kristen, about our choice to live together. They prayed with us and shared from God’s Word, and they connected us with another couple who had gone through the same thing. The couple shared their story and explained more to us about God’s plan for marriage, which did not include living together beforehand. They didn’t need to convince me; I was already convicted.

“Although this was a powerful discussion, I had no idea how we were going to work out our living situation. Natalie’s student loan debt was expensive, we were paying for a wedding, and now we were considering renting two apartments for six months until we got married. As the leader of our family, I should have done more to figure it out. Fortunately, Natalie had the opportunity to move in with a family friend until we got married. That was a tremendous blessing.

“Looking back, living together before marriage robbed us of the joy of merging our lives for the very first time after marriage, and it allowed us to put too many expectations on each other. We were foolish to think that there wouldn’t be repercussions, because you never get away from disobedience to God unscathed. Thankfully, God can redeem all things, and we learned first-hand that there is blessing found in putting obedience to the Lord first.

“In the first year after trusting Christ, I started to dive into God’s Word. We finished Merge, Watermark’s pre-marriage ministry and then got involved in Equipped Disciple. That’s when I learned about God’s Word in-depth and what we are called to do as Christ-followers. I learned how to share my testimony and talk with others about the gospel. Whether it was through MoneyWise or other ministries at Watermark, I was being equipped as a believer in a way I had not expected to be.

“Life this side of trusting Christ is so different from the rule-follower I once was. When I mess up, I experience grace in the Lord, and I am forgiven because the Lord died on the cross as a payment for that sin. I still struggle with pride and rule-following, but God’s Word continually sharpens me. We’re only five years into marriage, but I know that focusing on God and His Word helped me understand how to lead and how to be a better husband. Our two kids are constantly watching me and will replicate what I do, so I see the importance of being a good example of a biblical husband and father and resolving conflict in a way that honors God. Marriage and parenting two kids can be challenging at times, but it’s been amazing for us to know that because of Christ, we are a cord of three strands that cannot be quickly broken.”