A CHANGE OF PLANS 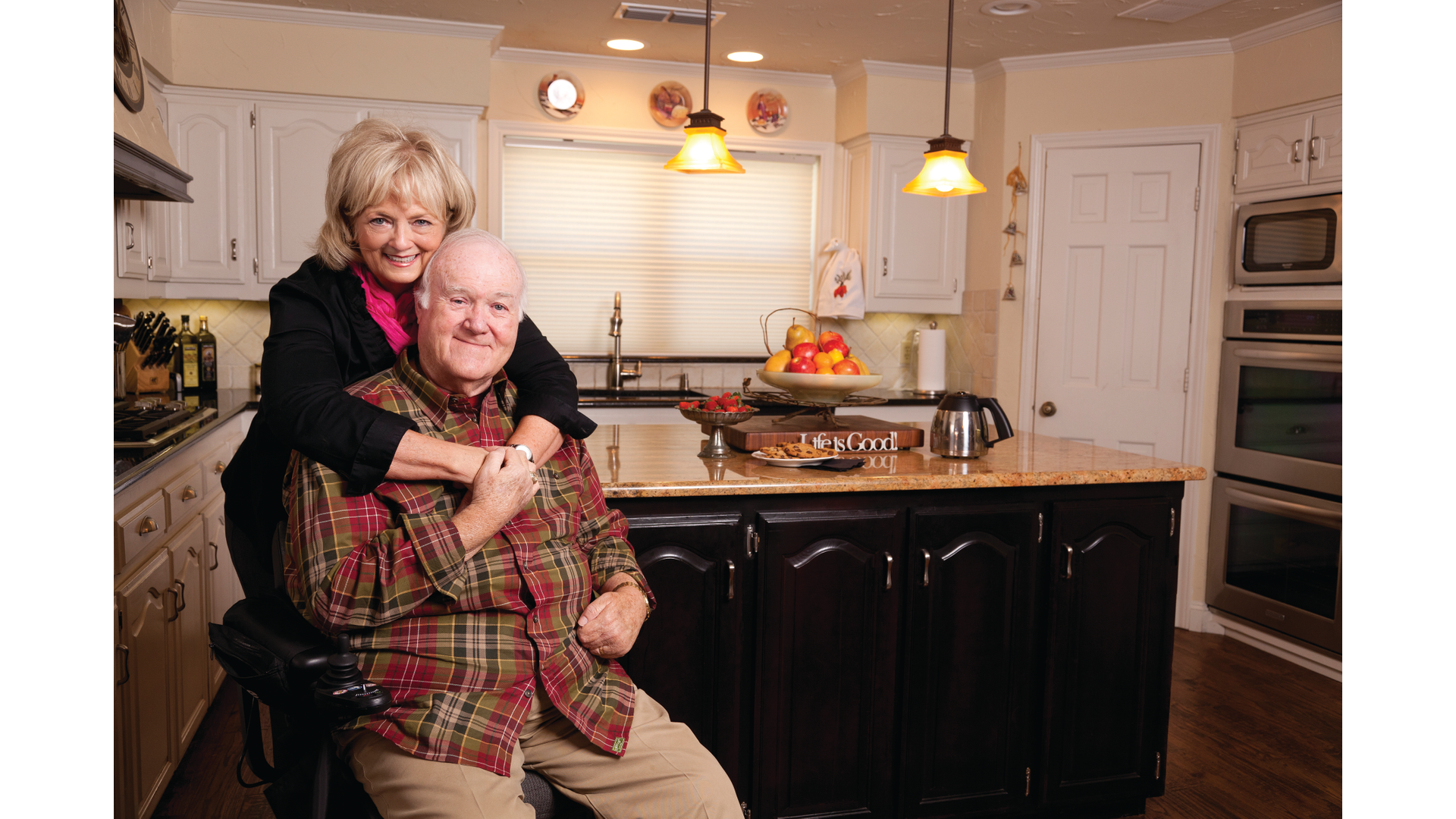 “We thought we had our plans pretty much made,” said Bobby Gilpin. “I had recently retired, we had just celebrated our 40th wedding anniversary, and my wife Gloria and I had made plans to work for a ministry in New England that was planting churches. Needless to say, we were excited about our freedom.”

“Then one day everything changed. I suffered a stroke that left me paralyzed on the left side of my body leaving me in pretty bad shape. We immediately realized that we had to cancel all of our plans. The stroke changed the way we thought about our lives in an instant. It changed the way we looked at retirement. And it changed the way we looked at our spiritual walks. We knew we couldn’t survive this stroke and all of its repercussions without God, so while I lay on the operating table in the ICU awaiting surgery, I said, ‘God, I can’t do this by myself.’ I found out some time later that Gloria was praying the same prayer of surrender out in the waiting room that day.”

“Bobby’s stroke was really devastating,” Gloria said. “Because his recovery was questionable, and with that, his independence. Our home basically became a nursing home for the next couple of years. It took a long time to get the hang of our new lives, and we had a lot of humbling experiences. I struggled with the fact that everything we had before had basically been taken from us in an instant – our activities, our involvement, our independence. Bobby’s independence was gone because his body basically didn’t work anymore, and mine was gone because I became a full-time nurse to him.”

“In a marriage, you move along through life as partners, doing things together and enjoying life. Bobby had been the protector, leader and problem-solver in our family,” said Gloria. “After his stroke, it all came to me. This was a

new scene. I experienced a lot of grief and a feeling of loss, of uselessness, of confinement, and sadness about the change of roles. It didn’t look like we were ever going to have anything in our lives again, and it was hard to see where we were going to fit in. I learned to surrender our situation to the Lord – this was not our plan for life, but it was His. I learned to depend on God, not on my own strength and abilities. And I knew that His hand was in it all – I found contentment amid all of the challenges.”

“Through lots of therapy, prayer and determination, Bobby’s body got up and running enough that he could get around in a wheelchair,” said Gloria. “He was all fired up and ready to go back out into the world. He wanted to get back into ministry. But I had poured out so much of me caring for Bobby, that I didn’t feel like I had anything left to give.”

“I had attended some classes with Scott Kedersha before my stroke,” said Bobby, “and I knew he was involved with the Marriage Ministry at Watermark. I approached him and said that Gloria and I were looking for some way we could serve in our limited capacity. He invited us to mentor couples who were taking part in Merge, which offers premarital classes at Watermark. For the first time in a long time Gloria and I really felt like we were able to serve the Lord in a way that ministered to us as well. Serving as mentors for young couples reminded us of our own commitment to God, to each other and to our marriage.”

“It also brought us a new-found joy, and we were really thrilled to be able to do something active outside the home,” said Bobby. “We experienced joy in our obedience to get back out and serve, and that although the doors

of our original expectations for our retirement were closed, by His hand our spirits were being well fed once again.

We were now serving where He wanted us to serve. Even though we had made plans to serve in that ministry in New England before the stroke, and we thought we were doing the ‘right thing’ by dedicating our time to ministry work, we had never actually consulted the Lord about those plans.”

“We had so much fun and fulfillment serving in Merge that we went on to lead a Foundation Group, a ministry aimed at preparing newly married couples for a lifetime of marital oneness,” Gloria said. “We were able to share with newlyweds that they can and will live through trials and tribulations, and that God is the one you run to when life seems to be falling apart. We feel so blessed by the couples that we have learned so much from. Even after 45 years of marriage, we tackled issues like communication, finances and time-management head-on alongside the newly married couples. God rekindled a spark in us in the way we served, in our marriage, and in our lives. We may not dance like we used to, but today we dance a new dance of joy restored in us through Christ.” – Written by Allison Carr

The post A CHANGE OF PLANS appeared first on Watermark Community Church Blog.