No Measure Of Goodness

"Who else but the God of the Bible would come looking for me in a nightclub of all places..."

"Who else but the God of the Bible would come looking for me in a nightclub of all places," said Derek Kelly. "Who else but the Lord would send a former Jehovah's Witness to connect me with the gospel when I was lost, broken and had no measure of goodness?

"I knew about my need for the Lord at a very young age. I trusted Christ before I was 13, but I struggled with performing to earn God's love rather than trusting in His grace. My unbiblical, performance-based understanding of God led me toward some really tragic moments on my journey.

"When I first got to high school, I saw it as my mission field, and I was outspoken about purity and my faith in Christ. But when a dating relationship got the best of me, I tried to hide and control that part of my life. I was desperate to keep that relationship going, but after my senior year it ended in rebellion, heartbreak, and ultimately an abortion. I didn't want abortion to be part of my story, but it was too late. In many ways, I made that decision months before when I tried to control my sin, manage my life, and serve myself. I was playing with fire.

"When my child was killed because of fear and convenience, something inside me died. I began to spiral downward and believed that God didn't want anything to do with me. I had an identity crisis and fell into depression, using every coping mechanism I could find.

"I started working as a bouncer at a night club. I was living a life that some people would say was awesome, getting paid to drink, fight, and meet girls who were just as lost as I was. I worked to foster an image of what other people would say was cool, but I was drowning my pain in the nightmare that was my existence. I felt nausea of the soul. I had almost grown sick of the entire atmosphere that was my life.

"It's ironic that God used a girl at the night club to point me to Christ. I noticed that there was something different about Debbie the minute I met her. As we got to know each other, she mentioned a local Bible study she was attending and invited me to go with her. It was clear that the way I was run- ning my own world wasn't doing me much good so, after blowing off the invitations for a while, I went.

"I don't remember much about the sermon, but when the pastor said that the worth I'd been looking for in myself was put there to be fulfilled by God, I heard it. I learned that God valued me, but not because of my performance. Romans 5:8 says that, 'God demonstrated His own love for us in this, that while we were still sinners, Christ died for us.' Through the lens of God's grace the world looked different. 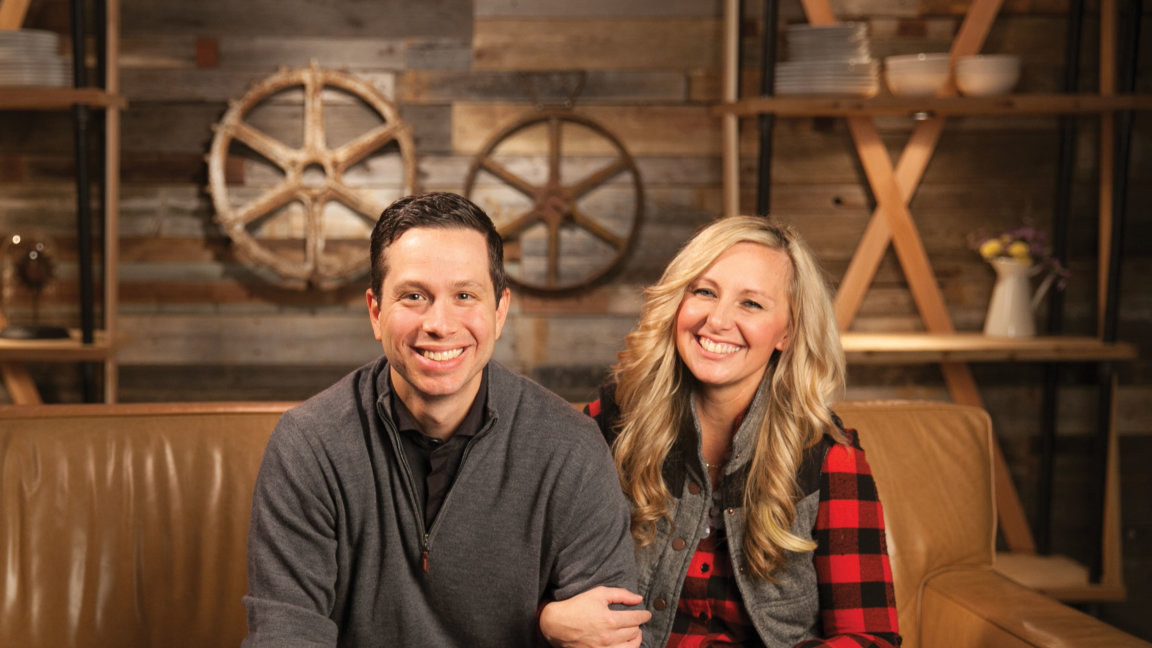 "Maybe six months later, after an on and off relationship, God brought Debbie back into my life. The Lord moved us both onto a road where we could get married. We are two people with very strong personalities, and marriage hasn't always been easy. But God has used Debbie to challenge my selfishness and encourage me to be more dedicated to Him.

"God used a ministry called Equipped Disciple at Watermark to change Debbie's life and mine. It's almost like God put up a giant neon light that said, 'I want to know you. This is where life is found.' I learned how to spend time in Scripture with a God who actually wants to spend time with me. Through God's Word, the Lord pursued me in a radical way.

"God brought me to a place where I would feel famished if I did not spend time in His Word. Community with other believers became the same thing for me too – an absolute imperative. We've been in the same group for several years, and together we've learned what biblical community really is. Before our community group, Debbie and I were like sheep separated from the herd. We needed a group to help us grow. Becoming fully known by other believers was a struggle. Community became among the most important things that has happened in my life. We're all different, but one thing is the same – we all love Christ.

"Debbie and I both want to be effective for Christ in our own community. But we live more than 20 miles north of the Watermark campus in Dallas. It was hard to invite our neighbors to join us at church on Sundays when we were driving 45 minutes each way. Now that we're part of the Plano campus, it will be easier to serve and engage with people in our neighborhood.

"The beauty of this walk with Christ is that I have not 'arrived.' I still choose to wound rather than heal in our marriage. I still have conflict with others. But the difference is that when I'm attacked now, I know where to look for the answers."