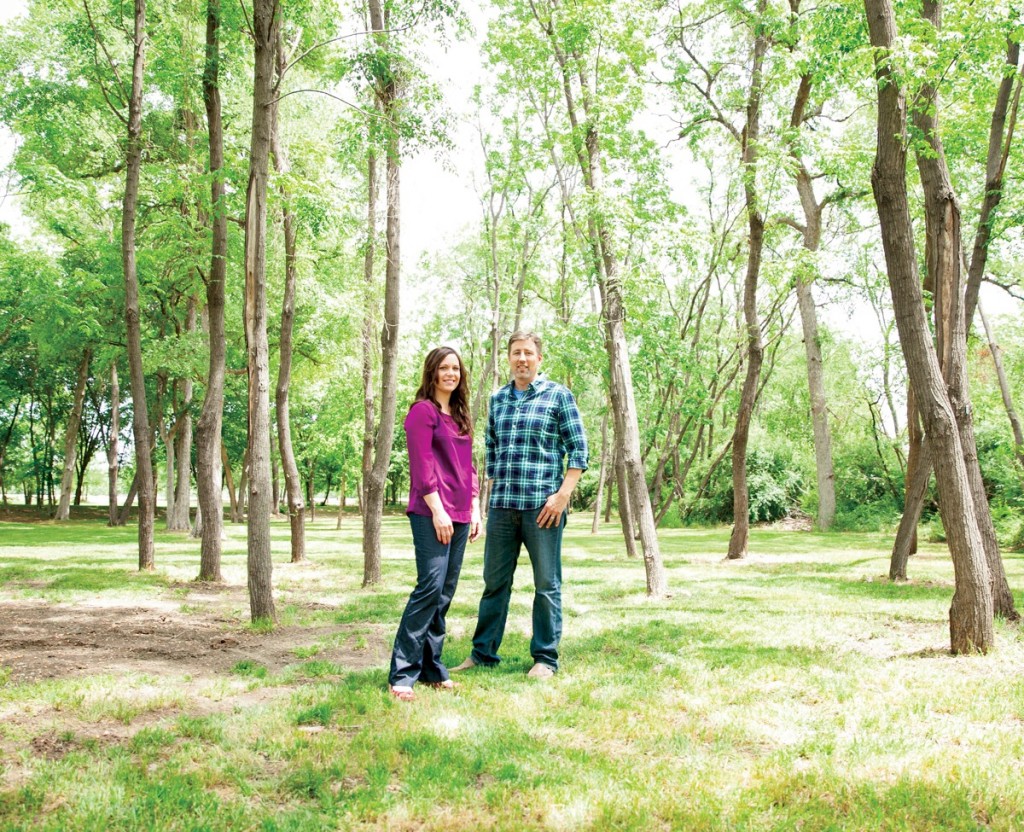 “It didn’t take long for God to show us what was missing: the dedication to things that make a marriage flourish, rather than simply being committed to not leave.” – Troy Bussmeir

Julia and Troy Bussmeir took off on a year-long road trip not too long after they married. Over the course of their 20 years together, they’ve lived in 17 different cities. They shared a passion for discovering the heart of each new city and for connecting with new people. But as they put down roots in Texas, they found that the most challenging adventure yet was maintaining a connection with each other.

“My parents are farmers and immigrants from Finland, and had a difficult time transitioning to their new culture in America and Washington State. My four siblings and I were taught that if you give a compliment to someone, it might go to their head. So there wasn’t much affirmation in our home. I became quite suspicious and mistrusting of men. Fortunately, I had a good friend who invited me to go to church, which influenced me in a positive way.

“My husband Troy and I started dating when I was 19, and we married when I was 21. With little preparation for marriage, we didn’t know what we were getting into. I continued to struggle with trust and with finding my identity in what others thought of me, rather than in the truth of God’s Word. I grew when we found a healthy church community in Austin. But things went backward after we moved to Ft. Worth.

“The move to North Texas was really a desert time in my life, and that was hard on our marriage. Troy was consumed with work, and I felt very lonely and disconnected from him. We also didn’t have the community with other believers that we’d longed for. I’ve always been about building a better marriage, but once we got here, I felt so isolated I wanted to give up.” TROY

“I grew up in Seattle. My father had bipolar disorder, so our home was unsettled. There was love and good times, but the bad times were really scary.

“I trusted Christ when I was six or seven. I was active in church and took an interest in going and serving on discipleship trips in Mexico. I liked the stable, safe feeling that I had away from home.

“The legacy of those early years was that I resisted showing my real emotions. I thought that if people really knew what had gone on at home, they’d judge me. After getting married, I didn’t want to share my thoughts and feelings with my wife because I worried she’d think I was weak. “I’d always searched for a mentor and father figure, and I found that through discipleship at church. When we found a healthy church environment in Austin, I was challenged to confront the sin in my life and encouraged to deepen my relationship with Christ.

“We moved to the D/FW area so I could work for a bank that was on the edge of failing. I knew that job would drain the energy out of our lives, and it did. I ran 90 miles per hour with my job, and I essentially abandoned my family for a bit. The breakdown came when I backed off on the hours I was spending at work. I was more available, and I felt like I deserved a better response from Julia. But our connection was lost.”

Julia: “When we got to Watermark, it was refreshing to hear an authentic view of what community is. We appreciated the honesty about struggles and conflict. God really began a work in our marriage when we went to re|engage, Watermark’s marriage ministry. We watched other couples in our group talk about things they’d never put on the table before. That helped us have an open conversation about ‘the real us.’”

Troy: “It took time to see that I needed to do much better at actively pursuing my wife. We’d been so disconnected from community and each other that it needed to be confronted. It didn’t take long for God to show us what was missing: the dedication to things that make a marriage flourish, rather than simply being committed to not leave. For me, I wasn’t getting my spiritual nourishment. How could I expect external relationships to grow when I wasn’t tapping into the source of life in God’s Word? I became ridiculously aware of how much of a jerk I was apart from Christ. As I found my identity in the Lord, my life and our relationship started on an upswing.”

Julia: “I learned so much about myself and about Troy in re|engage. I saw my own tendency to depend on Troy, rather than Christ, for my identity. I learned that only in Christ could I feel the wholeness I desire. As a result, both of us have come to depend on the Lord collectively more than we ever have before. We’re leading in re|engage now, and we’ve found that when we’re transparent and open with others, we find great freedom. It’s great to walk with others through their marriages as we work on our own. It’s a constant reminder that God is still at work.”

His Love is Enough

My New Life in Christ

Stirring My Affections For God

The Way That Seems Right