WE ARE NO LONGER CONSUMERS 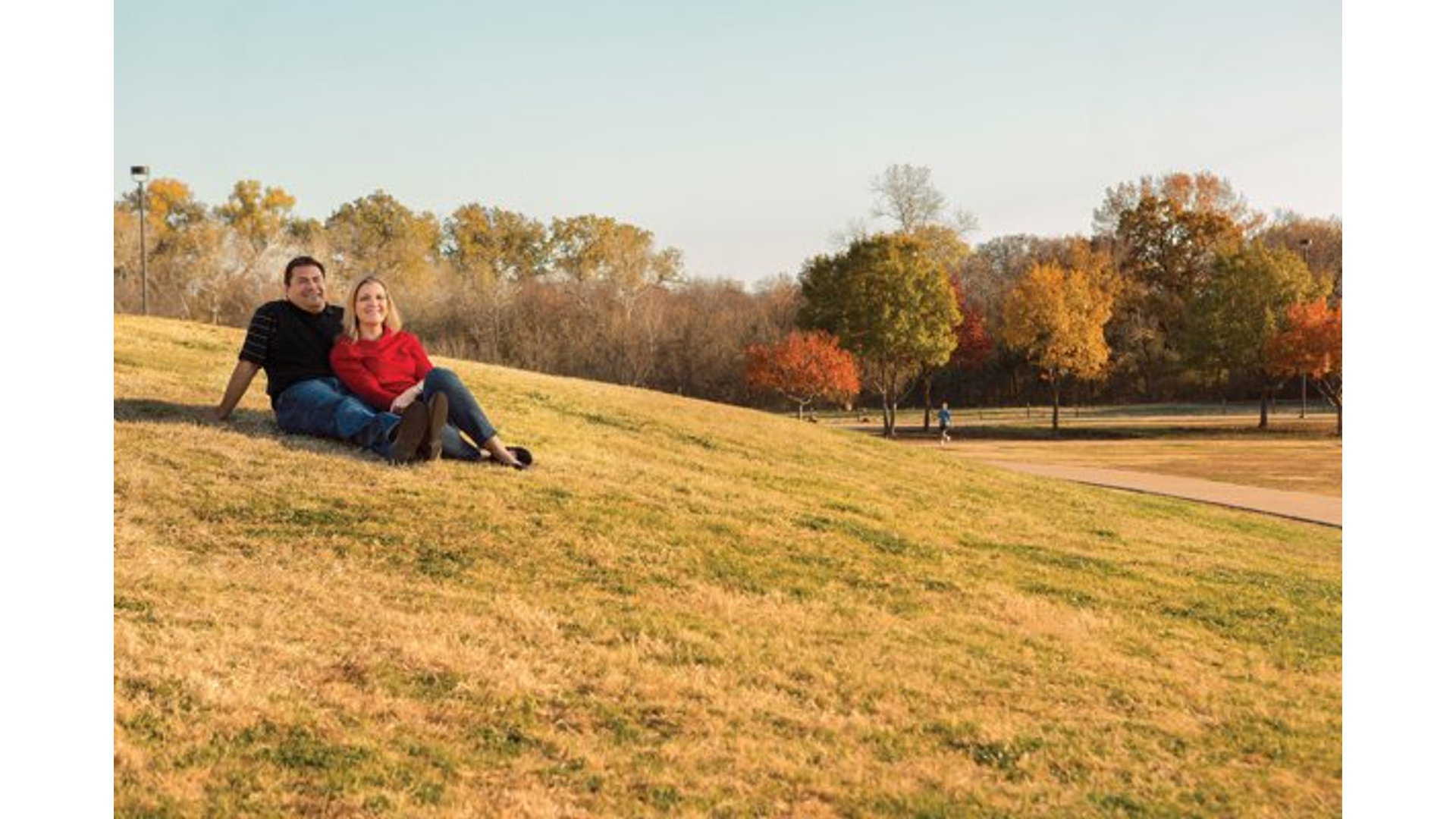 Two broken people trying to make a relationship work – that’s how Richard and Julie Machuca describe their nine-year marriage. “Our bad communication pattern meant we either suppressed things or went off the deep end,” said Julie. “I didn’t have a clear idea of what a healthy family looked like. We loved each other, but desperately needed God’s help.”

“When Julie and I met, I had no clue how to have a gospel-filled life,” said Richard. “I brought a lot of baggage – passivity, low self-worth and fear of failure – into our marriage.”

Born in Odessa, Texas, Richard and his siblings were raised by their mother. At age nine, Richard had his first exposure to pornography, which became a struggle in adulthood.

“I tried to be a ‘good, Catholic boy’ by doing the necessary works,” said Richard. “But I continued my sin patterns and brought many struggles into my first marriage, which ended in 2001. I later moved to Arlington where I engaged in inappropriate relationships and did a lot of partying. I was not equipped to lead myself or anyone else.”

In 2004, a friend told Richard about a woman named Julie. “When we met, I was blown away,” said Richard. “She was smart, open about her faith and clearly out of my league.”

Julie’s independent spirit came from watching her single mother struggle to support the family on wages earned at a West Texas grocery store.

“Our mother did the best she could, but it took our whole church to raise us,” said Julie. “We were there whenever the doors opened. But rather than understanding God’s grace, I learned a performance-based approach to Christianity. I became a people-pleaser who desperately wanted to be loved and accepted.”

Julie’s first marriage began when she was 20. Living separate lives, he worked the night shift and she worked days. Julie began an affair that ended when she became pregnant and aborted the baby at seven weeks. Her first marriage was over shortly thereafter. Afraid and alone, Julie moved from one bad relationship to another over the next several years.

In 2003, a friend told Julie about Watermark. On her first visit, she found out about Someone Cares, Watermark’s abortion recovery ministry. “I never heard abortion discussed at a church,” said Julie. “God used Someone Cares to draw me into an abiding relationship with Him.”

Three months after Julie’s first date with Richard, the two were married. From the get-go, career changes, infertility and the adjustments of building a life together put a strain on their relationship. Richard’s tendency to avoid conflict clashed with Julie’s ‘tell-it-like-it-is’ style. Julie had an idealized picture of Richard as the perfect gentlemen whose struggles had fallen by the wayside when they said, “I do.” When Richard revealed that he struggled with pornography and lust, that perfect image was shattered.

“Unfortunately, pornography had been part of every relationship I’d ever had,” said Julie. “I worried that our marriage would turn out like the other relationships in my life.”

Richard and Julie now see that pornography was a symptom of a greater problem. Growing up in fatherless homes left both of them a legacy of insecurity. Failure to resolve conflict only increased the frustration. Both wondered if the full extent of their brokenness was revealed, would the other stick around?

Searching for help, the Machucas participated in Watermark’s biblical recovery ministry. They built community with other believers and began strengthening their marriage through re|engage, Watermark’s marriage ministry.

“We both grew spiritually as a result,” said Richard. “I learned to be a servant-leader to my wife and began examining the intent behind my actions. Was I acting on something because it benefitted me or was it out of a heart of love for the Lord? That’s when we began connecting at a deeper level.”

“Early on, I was the spiritual leader, but Richard began initiating with me about God’s Word,” said Julie. “That was both encouraging and convicting. Today, he’s better about serving and initiating than I ever was.”

God’s work has transformed Richard and Julie in many ways. “At home and at church, we are no longer consumers. We are deeply involved in Watermark’s Fort Worth campus and now lead in re|engage,” said Richard. “We’re still broken. But we now love each other selflessly, because we are fully committed to the Lord and to one another.”

The post WE ARE NO LONGER CONSUMERS appeared first on Watermark Community Church Blog.