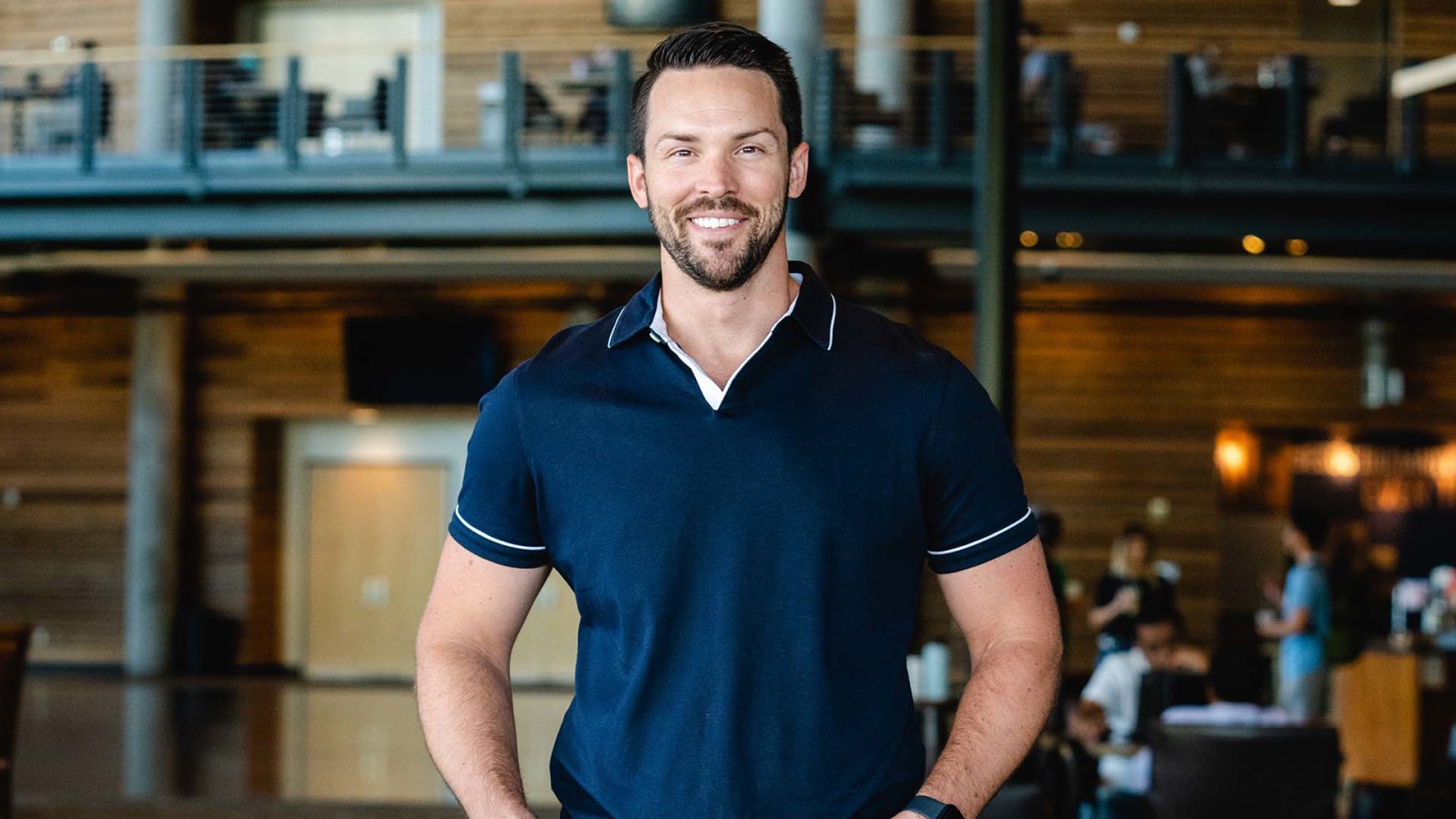 “I grew up in Denton with two loving parents who taught me right from wrong,” said Brandon Travelstead. “Although other family members were involved in a local church, I didn’t have much spiritual knowledge. I had always heard that a church was there to take your money, so I had no interest.

“Fast forward to high school when we moved from our house in the country to Flower Mound. I started hanging out with older kids and drinking alcohol to fit in. Just before graduation, I filled out a last-minute application and headed to Sam Houston State in Huntsville. With no spiritual foundation, I started using heavy drugs and my life went off the deep end.

“Eventually I was arrested and charged with three felony counts of drug possession. I wish I could tell you I had a wake-up call when I was acquitted, and my record was wiped clean. But, I didn’t learn a thing and our family swept the whole incident under the rug.

“I moved home and started working at a restaurant in Dallas, where my drug use got worse. I was using drugs to escape the shame of who I’d become, and that led me to a very scary state.

Finally, after being up for five days using speed, I hit the breaking point. I knew I’d die if I continued down that path. It was the furthest I’d ever been from God, but He rescued me in that moment (Psalm 30). It was a slow process, but life became noticeably different.

“I moved to California the next year to chase the dream of acting. A few years later, I met Brittani. We went out on a first date and have been together ever since. We started attending a church in L.A., but we were certainly not living in a way that honored Christ.

“Eventually we moved to Dallas and started working at a restaurant not far from Watermark. One night, this couple came into the restaurant, asked me if we had a church home, and invited us to visit Watermark. We started attending on Sundays, and slowly made Watermark a part of our lives. We even went through Merge, Watermark’s pre-marriage ministry, together.

“During Merge, we uncovered plenty of red flags in our relationship. But, I wanted things my way, so we didn’t stop living together. God was at work, and I continued to give Him the stop sign. It’s no surprise that our first years of marriage were difficult. We fought constantly, and for a while, it was like living with a roommate. At the time, my business was booming and so was my ego. We went on trips and bought things to fill the emptiness in our marriage. I did not want to address the hurt I was causing because I did not want to look at my sin.

“When we joined a Watermark Foundation Group, community groups for couples married for three years or less, things at home started to change. We built relationships with some solid believers and saw how they treated each other. For the first time, I had accountability and connection with other Christ followers. I’m humbled by all the Lord taught me during our three years in that group. “Another turning point in our marriage and my relationship with Christ was a Watermark Marriage Conference in 2013. A speaker talked about the destructive effects of pornography, and I was so convicted that I decided to tell Brittani that I’d been consuming pornography for years. She was aware that I had looked at it in the past, but she wasn’t aware of how regularly. As painful as that moment was, it was also the beginning of healing.

“In 2014, I went through re:generation, Watermark’s biblical recovery ministry, and took an inventory of my sins and struggles. I’d never talked to anyone about this stuff. I’d always convinced my wife I had everything under control, then would return to my sin. I was missing the mark in being a godly man and husband. I also got connected with MenD, a ministry at Watermark for men who have been sexually abused. I finally acknowledged to another person that I had been sexually abused when I was younger. The Lord connected me with men who helped me work intensely on a really difficult part of my story, and it changed my life.

“Really believing in what Christ did for me on the cross allowed me to forgive others and accept forgiveness from the Lord, my friends, and family. God’s grace allows me to take the focus off my guilt and shame and focus on Christ (Romans 8:1). That is where I have found freedom.”